Stop in Saint-Rémy de Provence, the native town of Nostradamus.

Admire Les Baux de Provence, medieval village labelled as "one of the most beautiful villages in France". This immense and superb stone fortress is without doubt one of the "must-sees" on the Provencal tourist trail !

Lunch on your own.

Visit of NIMES : great city of the arts, proud of its prestigious Roman past, see the antique buildings : the amphitheatre (entrance included) and the « Maison Carrée » (or Square House, one of the best preserved temples in the Roman world). 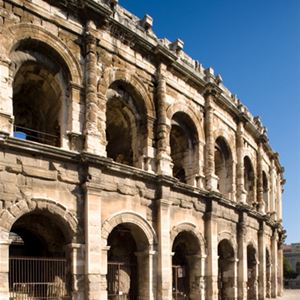 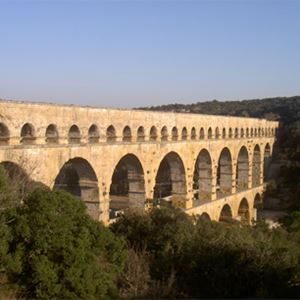